Cameronwebster won a competition in 2010 along with Nick Wright Planning and Vivid Business Solutions to carry out a study of Crianlarich.

The small village of Crianlarich lies at the junction of two major trunk roads, and is also where the railway from Glasgow branches to the west towards Oban and north to Fortwilliam. Many people pass though it, but few stay. The purpose of the study was to analyse the situation, consult the local community and various statutory authorities, and propose ideas that would encourage people to stay longer and to extend the tourist season.

We consulted widely and listened hard, considered ideas that had been previously proposed, and developed new proposals. We held meeting with the local community to clarify their concerns, and produced a draft report which we circulated to them and to the relevant authorities. The report outlined the strengths of the village, which include the wonderful scenery, the sandy beaches of the river Fillan, and the walks in the surrounding mountains. It proposed better urban design, including traffic calming measures, landscaping, good signage, painting the houses and developing ideas for businesses.

These proposals were presented with approximate costs and grouped into short and long term phases. The community received the final report with great enthusiasm, and are currently setting about implementing the immediate recommendations and raising funds for the longer term proposals. 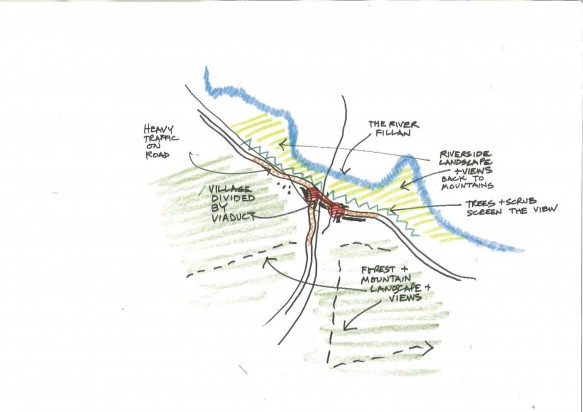 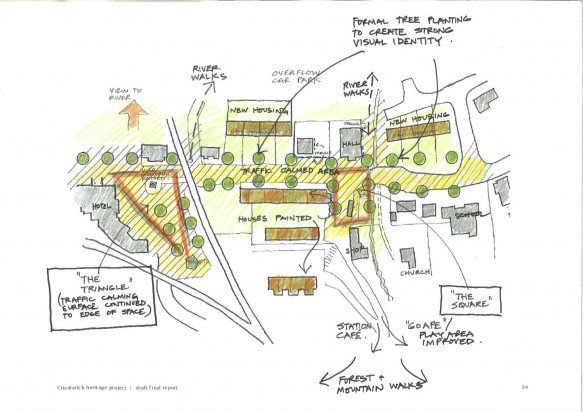 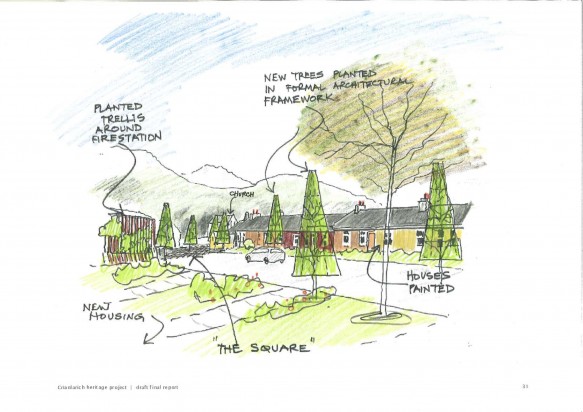 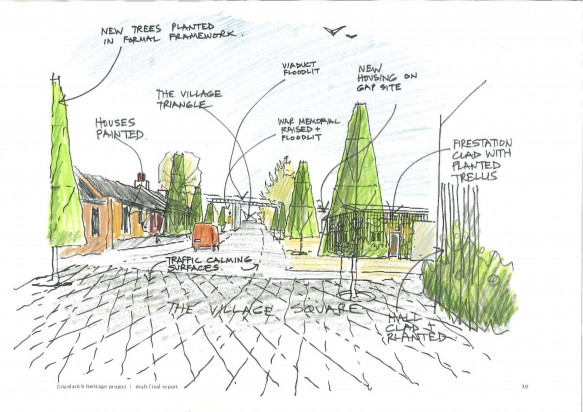