The existing house, which was built in the middle of the last century, had rather small rooms but a large mature garden sloping up to the south. The client required a bigger kitchen and dining room, together with an informal area for television and games. We extended the rear of the house to the south, raising the floor to the level of the existing lawn, with an open planned series of spaces to accommodate the client’s life style. We also reordered the entrance with a double height space, and planned a large master bedroom on top of the existing garage. The new additions are differentiated from the existing building by being clad in bronze. 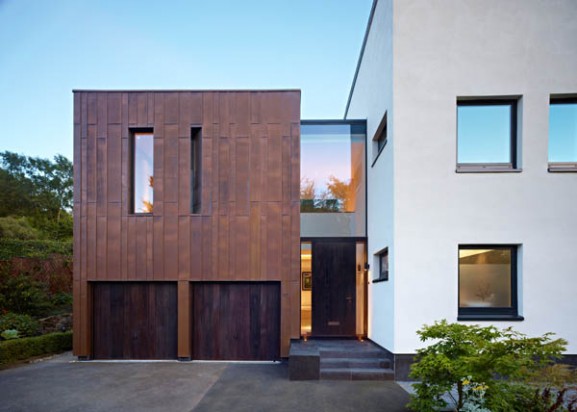 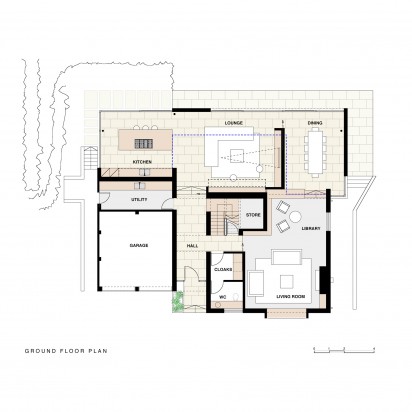 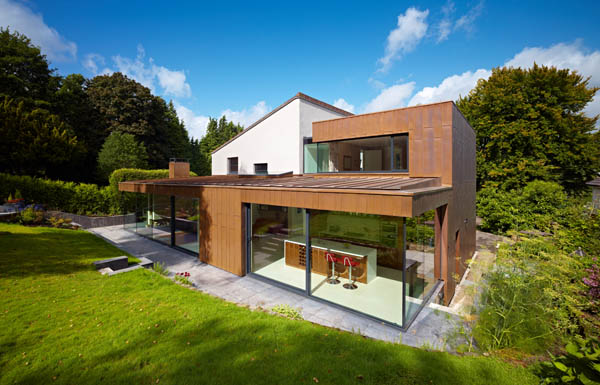 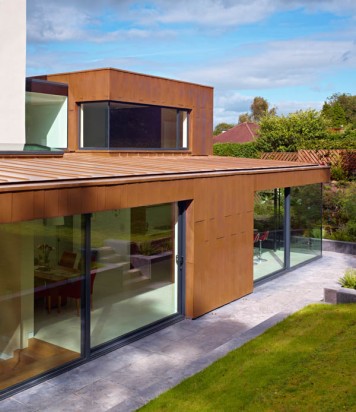 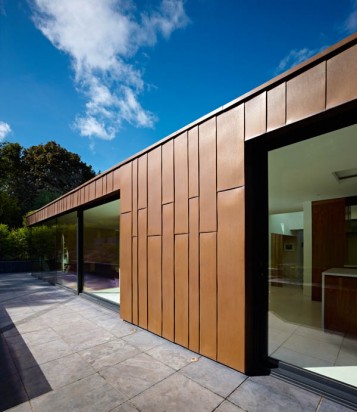 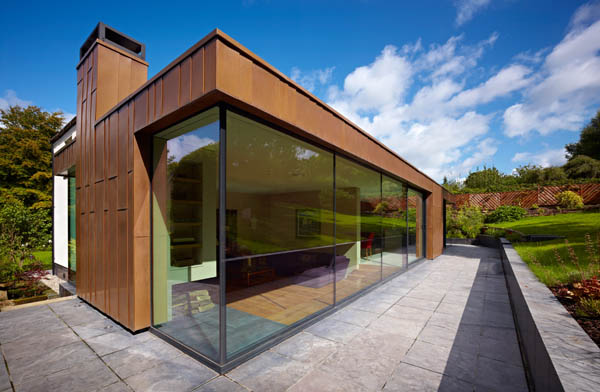 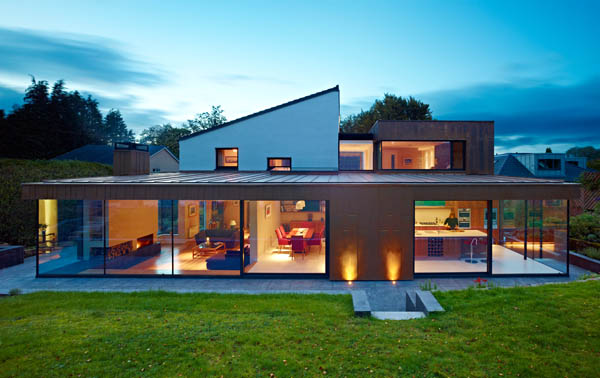 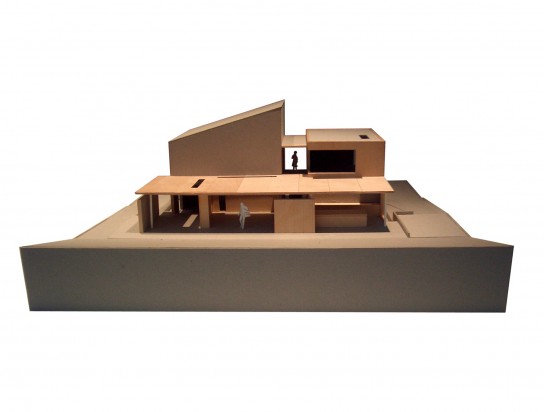 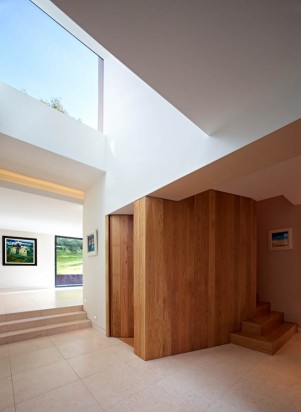 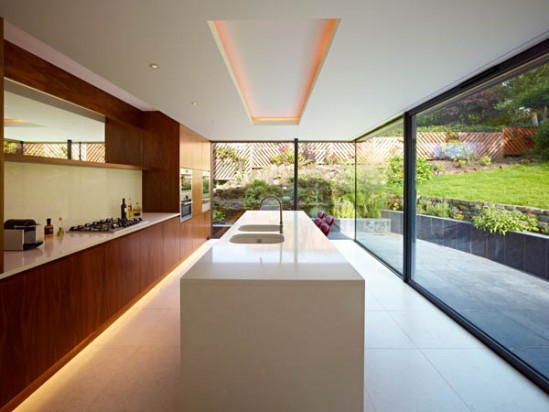 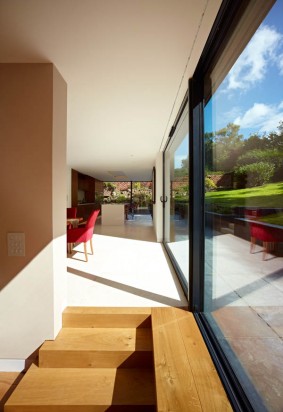 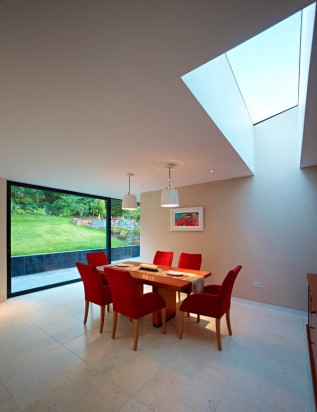