The village of Newton is known as “the hidden village”, as it is at the end of a short road away from the main routes around Loch Fyne. It is principally a terrace of single storey fisherman’s cottages facing the small natural harbour, but over the last century there have been various additions, mainly detached bungalows straggling either side of the original terrace.
The steeply sloping site is at the entrance to the old village, and faces the loch to the north, with a burn running along its eastern edge. It has a number of mature oak trees, along with fairly dense scrub.
We walked over the site many times and examined it in detail, eventually proposing to build three two storey detached houses, carefully positioned to colonise separate parts of the site, and specifically located with respect for the existing site contours. The houses are timber frame, with pitched slate roofs, and incorporating a double height space over the main living rooms. The lowest house has a garage alongside, while the other two have a garage beneath the entrance level, to resolve the steep slope and allow space for the inevitable amount of boats, cycles and trailers etc that tend to accumulate. 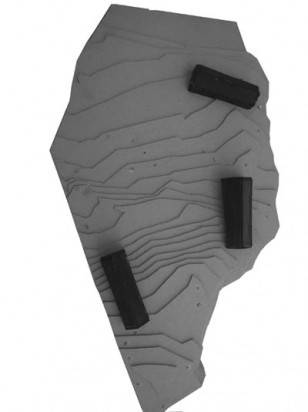 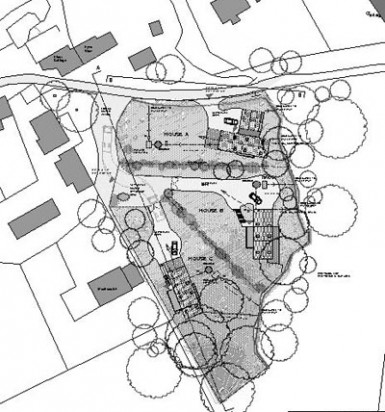 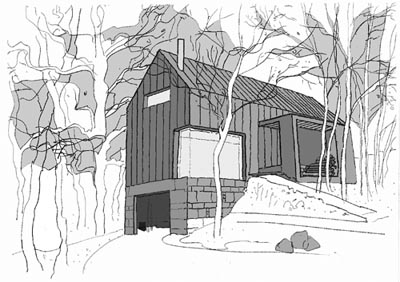 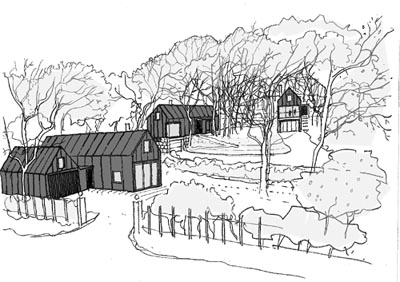